It’s Time To Wake Up! 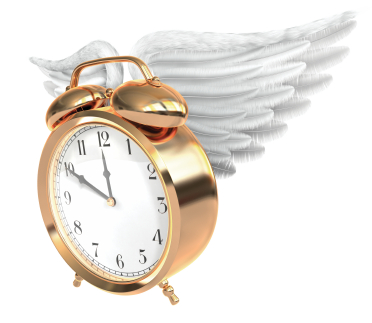 A while ago I went on my first college visit with my oldest daughter Sara.

Since I attended a city college in New York, this campus visit was a first in many ways. I had never lived in a dorm, nor had I gone through the process of visiting and choosing a school.

I had both my girls later in life, so I am, ahem, an older parent. I know this. I’ve always known this. But it didn’t hit home until I found myself walking on the campus and being surrounded by hordes of young people.

The atmosphere was electrifying.

Everywhere, people were walking purposefully to class, to study, to the library, to meet friends…and all seemed full of energy.

I was suddenly confronted with several significant facts.

My daughter, who, it seems, was only recently a baby, was now applying to colleges and going on job interviews.

Where did the time go?

And somehow, in the process of her rapid advance towards young adulthood, somehow, I had aged. Greatly.

I’ll give you an example.

While Sara was on a campus tour with a friend’s daughter, my husband, I and our younger daughter Sophia went into Urban Outfitters to browse around.

Spying a straw hat, which I thought was perfect for our upcoming spring break, I slipped into an aisle with a mirror, popped on the hat, and for further effect, put on my sunglasses.

As I studied myself in the mirror, thinking, ‘Not bad!’, I sensed someone watching me. I turned my head and found Sophia, my other teen daughter, staring at me.

The look on her face can only be described as “I DON’T KNOW YOU!” Her embarrassment made me laugh. Maybe a little too hysterically.

I could handle that.

I bought the hat anyway.

But for the rest of the day, I felt a strange stirring.

That old cliché about time moving quickly… it was true.

How did I get to be an upcoming empty-nester so quickly? I can honestly remember playing Barney songs in the car!

I still haven’t formed a movie group, gone to New Mexico, taken dance lessons, or become a more adventurous cook. Where did all the time go?

The young people around me walked with purpose. They had the excitement of unlimited futures in front of them.

How had I gone into the trance of life? And was there time to wake up?

I took the brief envy I felt and turned it into a wakeup call.

Until the day I no longer wake up, there will always be time.

Every day, I want to remember that today counts.

Every moment counts. Every decision.

I don’t want to fritter away what I have left.

I want to wake up!